Less than 24 hours after removing Jacques Lemaire from his duties, the Toronto Maple Leafs have signed long time rival Pat Burns to become the team's new head coach. "It's an honour to be part of this team and Leafs Nation", Burns exclaimed after Leafs GM Frank Salemi introduced him at a press conference before the Leafs gameday skate. "We got some real talent here and I plan on getting the best out of each player, from the rookies to veterans. We are going to be something special every time we hit the ice. OLD TIME HOCKEY IS BACK IN TORONTO".

GM Salemi also pulled the trigger on a deal with Burns's old team, the St.Louis Blues, that sees:

"This deal, done before Pat was hired, helps us with some needs", Salemi explained. "With Trevor(Kidd) comes experience that we need in a backup to Felix. Now Manny(Legace) can head down to the Marlies and work on getting accustomed to the pro level of hockey he will face as the future goalie we believe he will become for us".

The Leafs response to the trade and coaching change..... a hard fought 5-4 home win over the notorious NorthStars of Minnesota.

Asked how he felt about the team's performance, Burns said "It's a good start" 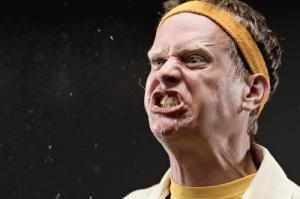 The Strip Club Up the Street is off limits to the St. Louis Blues players. That is a sign on the door and in the locker room of the St. Louis Blues. This measure was put in place by GM Olsen after last night's disaster in Tampa Bay. The Blues whom are on a road trip, are a disaster. GM Olsen is furious and the team has the quietest flights of any team, in any sport.

GM Olsen went off on the coach in a nasty phone call after the Blues lost 7-3 to the Lightning. Then the coach went ballistic on the team in the locker room and continued it, on the plane. The team started off great winning their first two games. But in their last 8 games they are 2 and 6. Many of those games have been blow outs. Last night's game, a 7-3 loss to the Lightning lit the fuse under GM Olsen's backside and now the Blues players are hearing it.

So with history, obviously, repeating itself once again in St. Louis, the question begs to be answered, will GM Olsen repeat the obvious mistakes of the past? Will he sit still and hope that the team rights itself? Or will he destroy his team and start anew? With what we know about GM Olsen, I believe the first option is applicable. He assembled this team and he has allegiances to it. So until he gets less loyal to the veteran players and treat this like a business, the fans should be prepared for more angry outbursts. Which will, inevitably, lead to nothing being done. 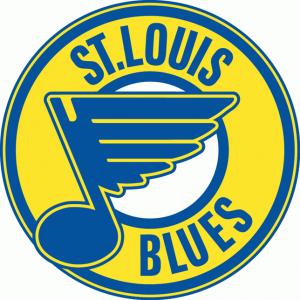 The 1998 RHS season starts tomorrow and the Blues have recharged the team. The team may look stronger on paper than last season. The Blues lost several players from last season. Most notably, centerman Mike Ridley. Ridley left the team for the golf courses. He was approached to become an assistant coach for the Peoria Peelers, but declined, for now. Opting to rest. But others went via no contract offer. But that is not the significant happenings of the off season. That belongs to those that the Blues brought in.

In a trade with the Toronto Maple Leafs, the Blues sent Craig Conroy and Matt Cooke, plus a three high picks and money to the Leafs. Conroy is a good two way centerman and Cooke is a very good prospect. In return, the Leafs sent, Wayne Gretzky and Jari Kurri to the Blues. This will add some instant offense to the team. In the year the Blues won the cup, they had a very potent offense and a good defense. Now they are reacquiring the scoring touch, they need to have a way better defense than they did last season.

The Blues then traded with the Devils to acquire two more picks in the dispersal draft. In the dispersal draft they had the number one pick. With that pick they took, from Colorado Avalanche, goalie Olaf Kolzig. Kolzig is 27 years old and just now entering the prime of his career. With Kolzig as the number one and Ron Tugnutt proving to be a starter, the Blues have a good tandem. Although it looks like Tugnutt has peaked in his career. But is a very solid back up now. With the number fourteen pick in the dispersal draft, the Blues took, big, strapping, tough, no nonsense defenseman Ulf Samuelsson. He is 34 years old, but still a good defenseman. He will help out Kolzig well, in keeping the sight lines clear. Then the Blues took at number thirty six, winger Dave Lowry. Lowry is a defensive two way forward. He will not score Gretzky like points, but he will help out in the defensive lines for the Blues. Then with the final pick of the draft, the Blues chose, another two way forward, Benoit Brunet. This should help out with the defensive play, overall, of the team.

In the draft, the Blues had to trade for a pick. They traded with their arch rivals, the Minnesota North Stars. With their only pick, at number twenty four, the Blues chose big strong defenseman Bryan Allen from Oshawa. He is another defense first player and a no nonsense player. Maybe not as mean as Ulf Samuelsson, but big and strong like him.

Then finally, the Blues entered Free Agency. There they put in offers to 3 players. But only one, opted to journey to the Strip Club Up the Street. That player was another defensive minded, two way forward. Kirk Muller is now a St. Louis Blue. Muller brings a multitude of leadership to the team. He is also tough and very good away from the puck. The Blues added scoring, depth and defense. Along with a good tandem and now leadership through out the lineup, the Blues look to be a contender for the cup once again. Will they do it? Well on paper, maybe. But on the ice, we will have to see.